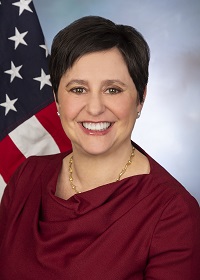 Cathy A. Harris was confirmed by the Senate on May 25, 2022, and sworn into her duties as a member of the Board on June 1, 2022. She was designated Vice Chairman on Jun 6, 2022, and currently is the Acting Chairman. Prior to that Ms. Harris was co-manager of the firm of Kator, Parks, Weiser & Harris, PLLC, in Washington, DC. She served as the Chair of the firm's Sexual Harassment and LGBT Practice sections. Ms. Harris has practiced employment law, including before the U.S. Merit Systems Protection Board, for over two decades. She has extensive experience in the litigation and settlement of federal sector employment class actions and represented individual employees and federal agencies. Ms. Harris graduated from the George Washington University Law School in Washington, DC with honors in 1997, where she was a member and editor on the George Washington Law Review. She received the Michael D. Cooley award for most successfully maintaining her compassion, vitality, and humanity during law school and was elected to give the salutatory address at commencement. Ms. Harris received her undergraduate degree from Brown University in 1994. Prior to joining Kator, Parks, Weiser & Harris, PLLC, she was an Assistant District Attorney in the New York County District Attorney's Office. Ms. Harris also served as an Adjunct Professor at the George Washington University Law School from 2001 to 2004. She resides in Silver Spring, Maryland with her wife and daughter. 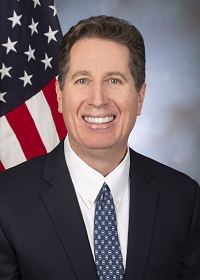 Raymond A. Limon was confirmed by the Senate on March 1, 2022, and sworn into his duties as a member of the Board on March 4, 2022. Prior to that, Ray served as the Deputy Assistant Secretary for Human Capital and Diversity and the Chief Human Capital Officer and was a career member of the Senior Executive Service at the Department of the Interior (DOI). His Directorate managed DOI's strategic human capital policies and procedures, HR evaluations and oversight programs, occupational safety and health programs, and employee development and leadership programs, all of which served DOI's more than 70,000 employees in more than 350 occupations and 2,400 locations. Before joining DOI, Ray led the State Department's Civil Service HR Management office. He also served as the Chief Human Capital Officer at the Corporation for National and Community Service (e.g., AmeriCorps, VISTA, Senior Corps, etc.) and chaired the Small Agency Human Resources Council, representing approximately 100 Federal agencies and organizations. Earlier, Ray was an attorney at the U.S. Office of Personnel Management (OPM) Office of General Counsel, specializing in employment litigation and regulatory reviews; and served as OPM's Director of the Office of Administrative Law Judges (ALJs), managing the government-wide personnel system for ALJs. Ray received his J.D. from Indiana University, Bloomington and is a former Peace Corps Volunteer (Honduras). 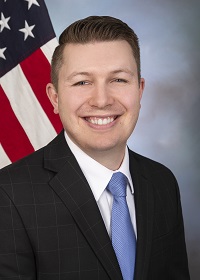 Tristan L. Leavitt was confirmed as a Member of the Merit Systems Protection Board (MSPB) on March 1, 2022. At the time, Tristan had served as MSPB's General Counsel since October 2018, and in the absence of Senate-confirmed Board members, as the agency's acting chief executive and administrative officer since March 2019. He had also served for over two years as a Government Member of the Administrative Conference of the United States.

Before coming to MSPB, Tristan served for a year and a half at the Office of Special Counsel (OSC) as the Principal Deputy Special Counsel, including time as Acting Special Counsel. His leadership at OSC contributed to exposing waste, fraud, and abuse throughout the federal government, such as identifying $32 million in missing equipment at a U.S. Naval facility. Prior to OSC, he worked for eight years on Capitol Hill, conducting congressional investigations of government waste, fraud, and abuse and handling various transparency and accountability legislative issues. His experience included four years on Senator Chuck Grassley's Senate Judiciary Committee staff, where he helped expose government misconduct such as Operation Fast and Furious, the gunwalking scheme that armed Mexican drug cartels and the murderers of a U.S. Border Patrol agent. He also worked for two and a half years on Chairman Jason Chaffetz's House Oversight and Government Reform Committee staff, where he led investigations into the Federal Bureau of Investigation, the Department of State, the U.S. Secret Service, and more. Prior to law school, he began his career working for an individual member of the House of Representatives handling veterans' affairs, pro-life, and religious freedom issues. During law school, he clerked for the Republican National Committee and for the law firm Steptoe & Johnson in Charleston, West Virginia.

Tristan received his B.A. from Brigham Young University and his J.D. from Georgetown University Law Center. He and his wife Brittany Atkinson Leavitt are the proud parents of five children.